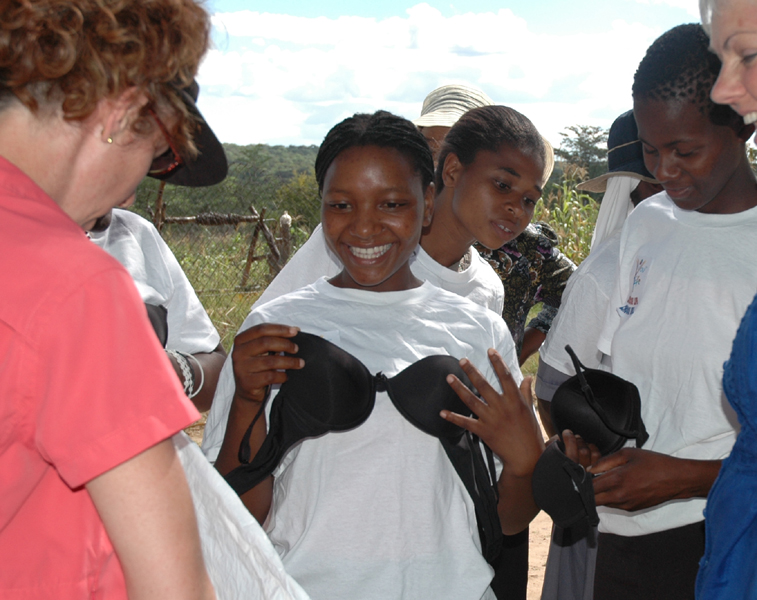 Australian brand, Julianne, will be featured at both Boudiche Lingerie locations for an exclusive trunk show benefitting Breast Cancer.

Designer, Nicky Adamo, will be showcasing the Julianne Black Label ready-to-wear collection and Swarovski crystal jewelry range.  With drinks, snacks, and beautiful pieces, this is a must-attend event.  Those lucky enough to attend the Glasgow show will be privy to an exclusive catwalk fashion show and sneak peek into next season’s collection.

In order to reserve your place on the guest list, you must RSVP by calling the events team at 0845 475 0250 or email kiran@boudiche.com.  You can also go to the Gifts section on the website and select Tickets for Events.

While at the store, check out the latest additions from your favorite brands from Pleasure State and Miss Mandalay to Fauve and The Lake and Stars.  For those of you that can’t make it to Scotland, like me, peruse the pickings online and create a wish list!  Feel free to tell us about your wish list in our forums.  Happy shopping!

I read a very nice news tidbit the other day about Intimate Fashions business owner, Barbara Graves from Little Rock, Arkansas. She owns a specialty lingerie shop focusing her attentions on women with special fitting needs. Since 1973, she and her staff have helped women by providing an extensive mastectomy department. 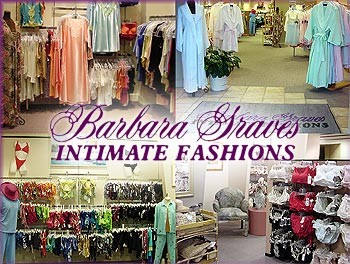 As she is regularly involved in the “Race for the Cure Campaign”, Barbara decided to provide free camisoles to women with no or inadequate insurance. The campaign is called “Camis For A Cause” and is also supported by St. Vincent’s Cancer Center and Baptist Breast Center. To help with the campaign, Amoena donated eight hundred dollars.

Amoena, a large international corporation “provides a better quality of life for women who have undergone breast surgery”. They offer a very large collection of lingerie, swimwear, loungewear and other intimate apparel for women who require undergarments designed to restore confidence and self-esteem. Their line of foundation garments is created for different cultures and different women’s styles.

Surprisingly, there are many more eco-friendly lingerie labels than I would have imagined. They may not all be conglomerates but with so many small endeavours cropping up everyday, it surely must mean that our attitudes toward the earth are changing. And “Fully Stoked” is one micro niche that includes a tiny line of intimate apparel, specifically panties and camisoles. 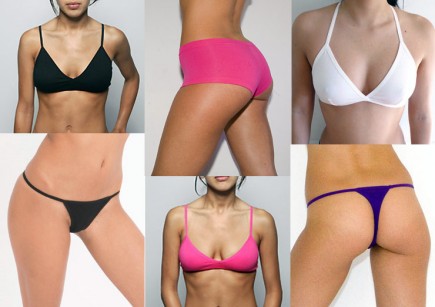 While an Australian company, the products are made by American Apparel, a huge Los Angeles enterprise with the long standing belief of excellent worker conditions in an industry that has been considered “sweat shop” based. The most interesting part about the bras that Fully Stocked sells is they are “latchless”, meaning that there are no extra metal or plastic pieces to be thrown away when the bra is discarded. Also, the cup support is derived from soft interlock cotton.

Although a small selection to offer, a large thirty percent of the profits from thongs, high waist short-shorts, feminine boy briefs, bras, and camisoles are donated to conservation causes such as Bush Heritage Australia, Chimpanzee Conservation and the Whale and Dolphin Conservation Society.

Joining many other brands and stores in supporting Breast Cancer Awareness Month, Rigby and Peller took their support one step further and released a limited edition style specifically for this October. The best-selling Alondra range is an art deco style, with embroidery on mesh tulle. Ribbons and crystal trim provide the finishing touches on these luxurious pieces. Alondra bras are available in full cup, plunge, and balcony styles in a full range of sizes as well as coordinating bikini briefs and g-strings.

For Breast Cancer Awareness Month, Rigby and Peller has created the Alondra range in a soft, pale pink. During the month of October, 10% of the sales price (less VAT) of any pink Alondra pieces will be donated to the Breast Cancer Haven. They anticipate donating £3,000 in total. Get yours here. 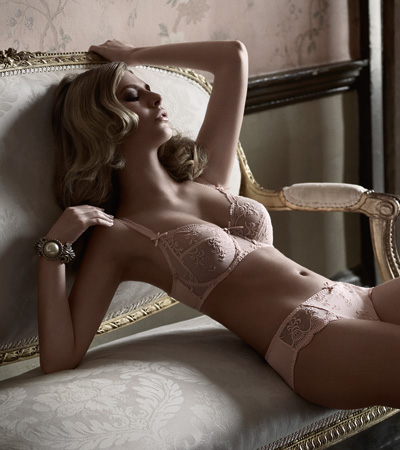