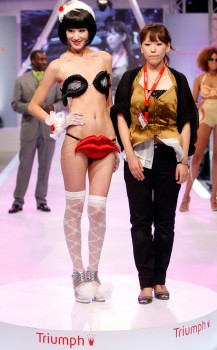 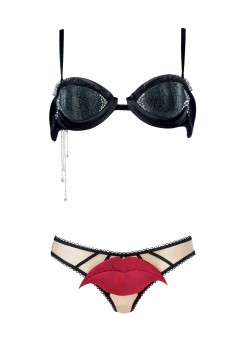 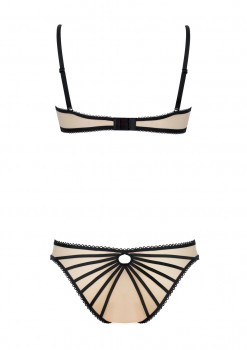 America has voted. The ballots have been counted and the results are in! Women and men have cast more than 20,000 votes for their favorite underwear by type, brand and style as part of the 2009 Undie Awards.

Winners were announced today via the awards’ website, www.theundies.com.

Over a one-month period, voters of all shapes and sizes anonymously participated in the awards, which cover bras, panties and shapewear.

Now in their third year, the Undie Awards are designed to celebrate all things lingerie. In addition to encouraging voters to nominate their preferred pair for greatness, the awards also seek to educate consumers on how to best pick out underwear that is right for them.

To this end, voters in the awards were asked to “let (their) body type do the voting” by entering their age range and height and then characterizing their body type, based on – (for the women) – bra and panty sizes as well as bust, tummy and bottom type OR – (for the men) – chest, waist and leg type as well as waist size.

“Participating in the Undie Awards provides women and men with real peer-to-peer information they can use to select the right fit and style, in tops and bottoms,” said Tomima Edmark, lingerie & undergarment expert. “What’s more, the awards introduce voters to brands they might be unfamiliar with, especially via the ‘select’ winner categories, which are determined by our staff as a way of highlighting smaller brands.”

. This bra is claiming highest honors for the second year in a row, due to its simple style, comfort and cleavage. One voter wrote, “hands down the most comfortable bra I’ve ever worn.” Sizes range from 32B to 42C.

. Women chose this stylish bra for its fit and comfort, not to mention its support. One voter wrote, “…love this bra. For my size it has THE BEST support!” Band sizes range from 30-44 and cup sizes from D-JJ.

, which features a “scoop” design with a center back seam that keeps the panties where they belong while providing natural definition. This brief wears well and is the perfect everyday panty for sizes 5-9. 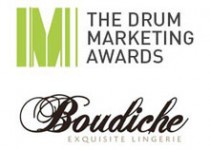 Boudiche have been shortlisted for the ‘UK’s Coolest Brand’ award by The Drum Magazine, and are the only lingerie brand to be nominated.

Boudiche were selected in the Retail category along with Bench, Lime Blue, Next, Superdry, Lush and Clarks Shoes. The results will be announced at a Black Tie Gala Ball on 16th April at The Midland Hotel in Manchester.

The Marketing industry were asked to choose brands in which they considered ‘cool’ across various sectors including Fashion, Leisure & Tourism, Food & Drink, Retail, Media & Digital and Manufacturing & Industrial. Readers of The Drum Magazine voted online for each category and Boudiche made the shortlist.

Other brands nominated in the ‘Cool Brand’ categories are ghd, Rockstar, Kshocolat and Paul Smith.

More info about other brands in the running etc – right here! More on Boudiche on boudiche.com!

It’s time again to vote for the Undie Awards! For the third time, HerRoom.com is hosting the annual contest to

discover your favorite brands, styles, and fits in your lingerie drawer. To vote for your favorites, head on over the TheUndies.com. First, you will describe your body in bust, tummy, and bottom types. HerRoom.com will use this information when the results are announced, when they will break down the winners by different categories and body types. Then you will vote for your favorite bras, panties, and shapewear, and HerRoom.com will tally up your votes with all the rest to determine the winners.

We’ll let you know when The Undies winners are announced, but in the meantime you can go to TheUndies.com to cast your votes and earn a coupon code worth 10% off your next order. The man in your life can also vote on his favorites at the same website. Just a warning, I tried to do this in my Chrome browser and it didn’t work; I couldn’t get past the bra page. So if you use Chrome, you may want to try a different browser for this.

Finally!  Sorry for the delay.  See here and enjoy!