In this abbreviated series, TLP will look at new hosiery for the 2008-2009 seasons. With fall and winter rapidly approaching in the northern hemisphere, it is time to start thinking about hosiery and leggings.

Earlier this year, TLP brought you the new lingerie offering from Le Bourget. The founders of Le Bourget hosiery chose their name three years before Charles Lindbergh made his historic flight. Today Le Bourget ranks among the more well-known brands in hosiery. Le Bourget is offering sales from their corporate store. Pricing is in Euros and the text is in French. 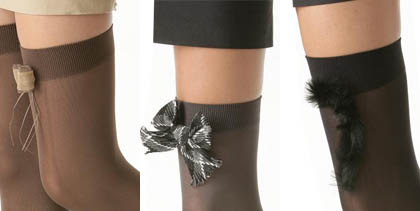 The Jambieres Malek is in brown, nearly black, and black for 21,89 € 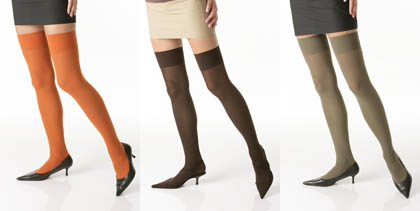 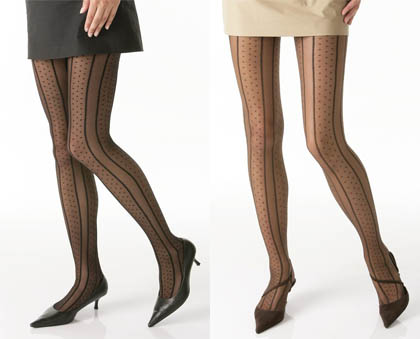 The Collant Chicissime Châtaigne is in brown or black for 16,42 €. 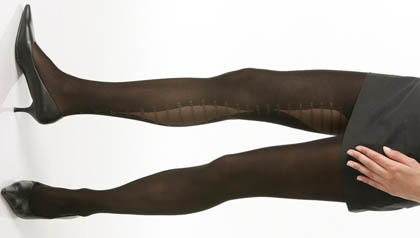 Le Bourget is a French lingerie and leggings provider that traces the company history back to 1924. In 1999, the Italian conglomerate CSP purchased the company and added them to other lingerie brands like Lepel and Oroblu. Recently, famous French designer Eva Rachline has been doing consulting work for Le Bourget. Looking beyond hosiery, Le Bourget expanded into lingerie. 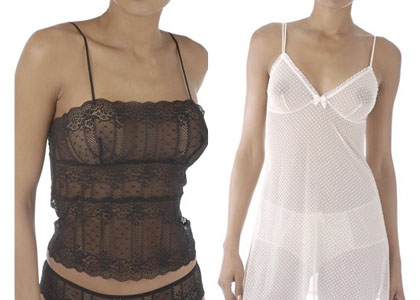 On the left is the Chicissime line. This camisole top is 46 €. On the right is the Eternite slip for 69 €. 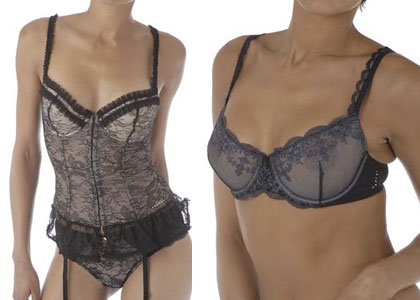 Of course, Le Bourget still offers their fabulous hosiery. The site is in French and pricing is in Euros. Photos courtesy of Le Bourget.

Eva Rachline has surfaced after a quiet two seasons since her last eponymous collection in 2006. The company and the designer have launched the “Bureau de Style Eva Rachline”. The new focus is fashion consulting focusing on three skillsets:

The company web site describes the skills in more details. These are taken from the English version of the website from this very French company.

For the last two years and perhaps even longer, Eva Rachline has been consulting with these companies:

What does that mean for the existing line of lingerie? Hard to say. TLP recommends acting now and picking up some truly fabulous items from the few online stores that carry Eva Rachline. Lolie Belle in France carries the largest selection.

Find out more at the Eva Rachline site.