In June, TLP reported that Alice Dellal would be the new face of Agent Provocateur. In addition to Dellal, Agent Provocateur is featuring Helena Christensen. Helena has a long career in fashion and not just as a model. She is also a photographer, clothes designer, boutique owner, and magazine founder. 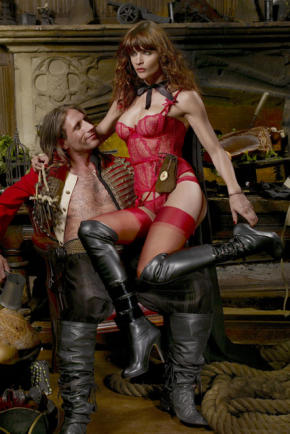 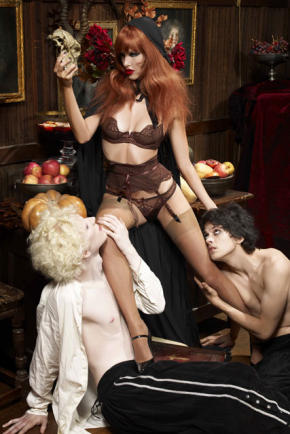 Amazingly, Helena is 40 years old. Marie Claire reported this story. Helena joins Peaches Honeyblossom Michelle Charlotte Angel Vanessa Drummey (aka Peaches Geldof daughter of Sir Bob Geldof) and Daisy Lowe. All of the ladies are appearing in AP’s new Pirates line or their Witches line. Once again, these new collections are elaborate and expensive. Unlike previous collections, many accessories dominate the photo shoot for the Pirates line — bolero jackets, boots, capes, and hats. None of these appear to be for sale from AP which is too bad because the accessories would make for a great kit. Perhaps Agent Provocateur can take a page from the US based Trashy and start selling the complete outfits?

With Halloween just around the corner, it’s a great time to show you seasonal lingerie. There are plenty of tempting costumes available at this time of year, but Agent Provocateur took it one step further and came up with a seriously sexy collection inspired by witches. The wickedly seductive photos are usually spooky and often racy – definitely not for the faint of heart! 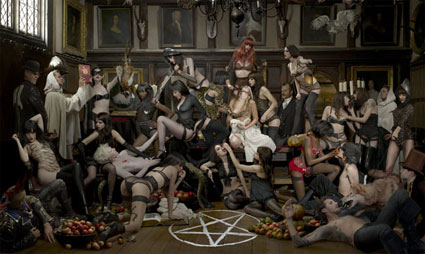 Buy these items, or use the store locator, on the Agent Provocateur website. You can also see the pieces in action with the eerily sexy Season of the Witch “Experience” interactive video. AP describes the video:

‘The Season Of The Witch’ is the story for Autumn, inspired by the work of Paul de la Roche; the execution of Lady Gray – mixed with the Massacre of the Innocents by Peter Paul Rubens. Our modern day version features several UK and international beauties including Daisy Lowe and Peaches Geldof.

This year’s campaign also includes a challenge! Each season, a new riddle will appear on the campaign poster. You can use the poster to solve the riddle. If you solve this riddle, you will be invited to the next stage. Enter this season’s competition here.

If you are looking for the narrow demographic crossover between designer lingerie and typography, House Industries has a limited edition package for you. After twelve years of living with the same logo, Joseph Corre said, “We needed to move on. House Industries was an obvious choice. I knew they would retain the goodwill we had already developed in the word mark but deliver something authentic and original. I was right.”

Besides the logo, House Industries created a corset shape containing the roundhand AP logotype, redrew the signature Agent Provocateur lacy legs, and created an exclusive typeface for the company. The whole process was documented in a commemorative book and an exclusive pair of their side tie knickers with more of the delicious font created by House Industries. The package is $75 and quantities are limited.

Visit the House Industries store to secure your pair. 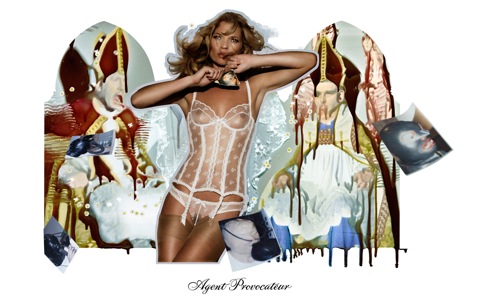 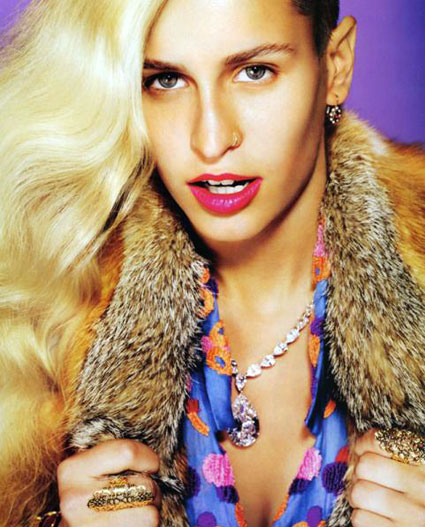 We all love Agent Provocateur! We just had them on TLP with their new Bridal collection, today — their latest bikinis and swimsuits! I love the Lula bikini so much! 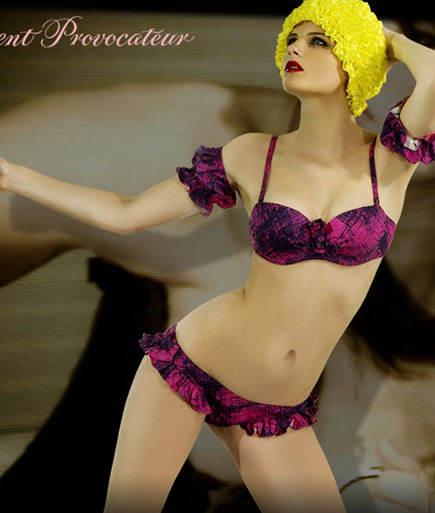 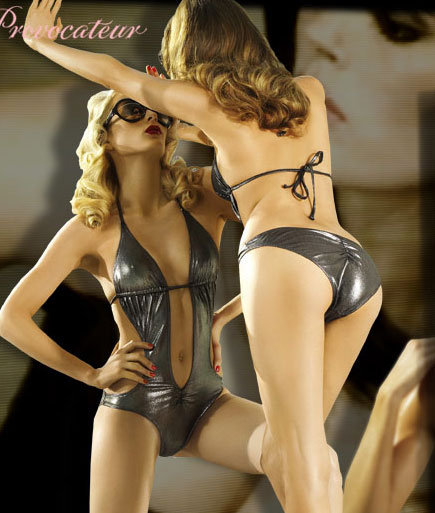 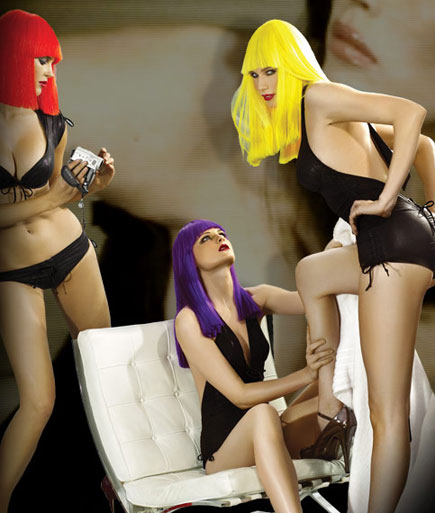 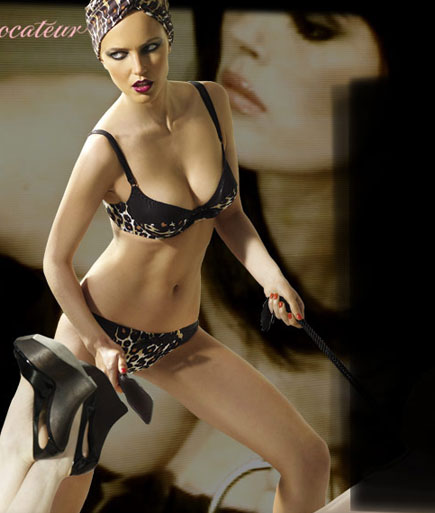 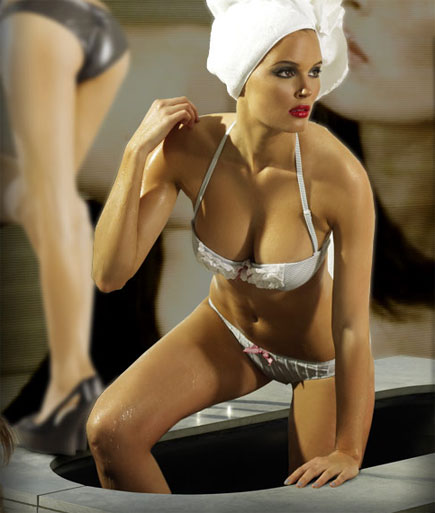 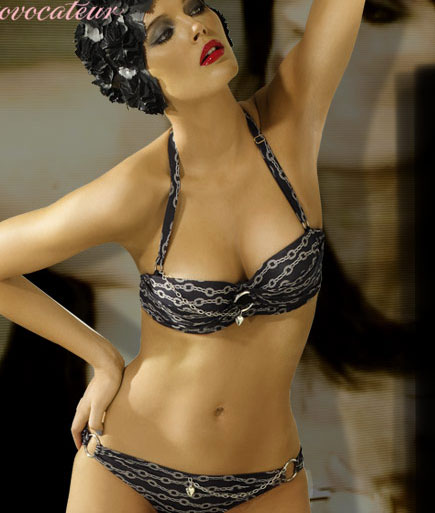 More info on the suits is right here on the AP site!