Anna Farris is causing quite a stir with her movie, House Bunny. With many shots of the iconic bunny costume, TLP wanted to find the designer behind the scenes. 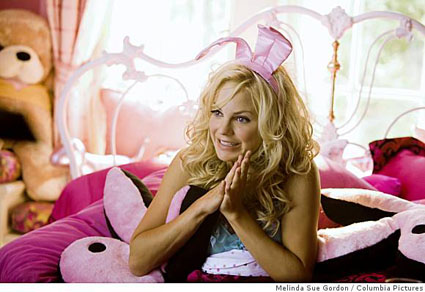 Roberto Cavalli has been featured many times in TLP. Cavalli teamed up with Hugh Hefner to redesign the bunny costume for the Playboy Clubs. Cavalli was not likely involved in the costumes for the movie, but he is the design talent behind the current costume. (Mona May is the costume designer listed for the movie.) Here’s a photo of the original bunny costumes from the 1960s. 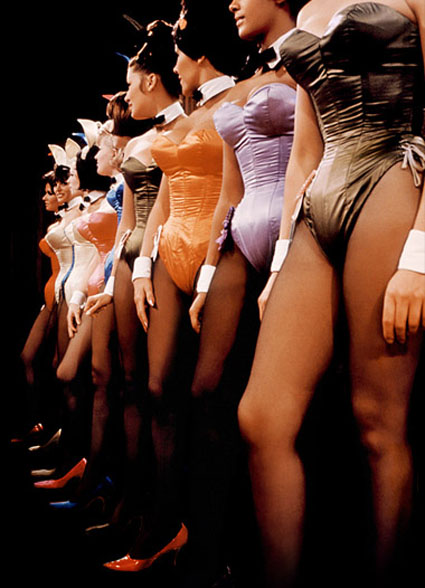 Playboy approached Cavalli to design the updated costume for the future Playboy venues at the new tower of the Palms Casino Resort & Spa in Las Vegas. Scheduled to open in early 2006, the tower will include a boutique casino and lounge, a nightclub, a retail store, and a two-story Hugh Hefner sky villa. Cavalli’s will be the first reinterpretation of the costume in more than a quarter century. The bunny costume was first introduced at the original Playboy Club in Chicago in 1960, and began as a modified one-piece swimsuit with the addition of collar, cuffs, and the legendary rabbit ears and cottontail. ~ Dexigner.com 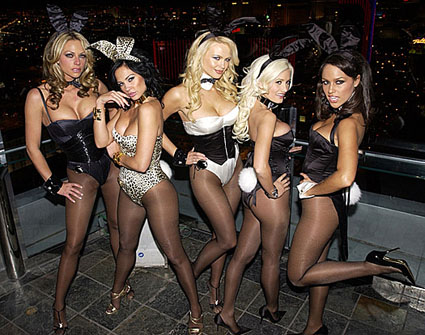 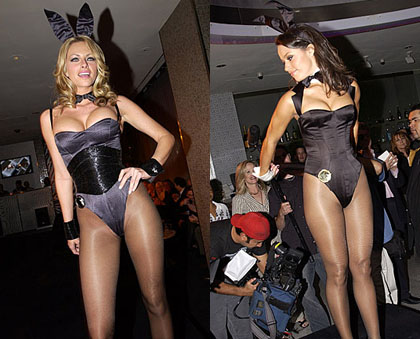 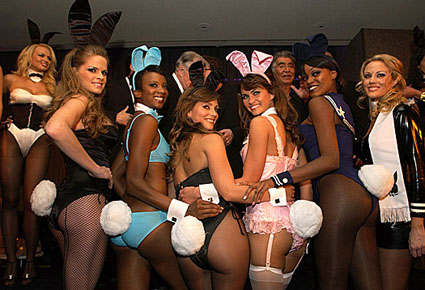 Read Playboy’s own history of the bunny costume.